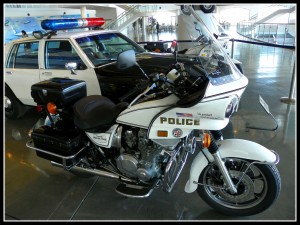 In 70-80-ies the Japanese significantly pushed HD and BMW from the law enforcement protection market. In 1975, Kawasaki released a special police accessories set for the Z1 Kawasaki 900 model. Later they started the serial production of the police motorcycles for US police departments. It was  equipped with windshields, plastic saddlebacks, flashing lights, siren and radio set . 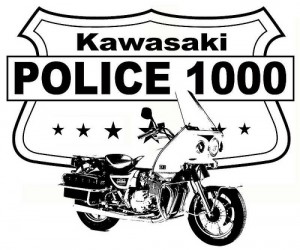 The most popular model Kawasaki KZ1000P Police was released in 1982, its production was continued until 2005. At the western part United States the police departments preferred the Kawasaki, but the eastern remained with traditional Harley-Davidson model.

Kawasaki produced the Police Special motorcycles for North American states at Lincoln Factory (Nebraska, USA). Last motorcycle was produced in 2005. However still US police and official organisations use these motorcycles in their work and for VIP escort.

KZ1000 P Police version – procued in period 1982 – 2005, called also KZP. Due to the original fairing profile, KZP has become the most recognizable and famous patrol motorcycle.

KZP is the symbol of the American police, also was a recognizable hero of many films, was awarded a place in many museums: 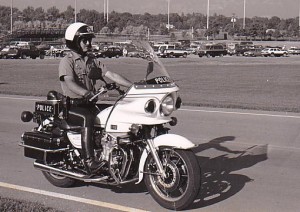 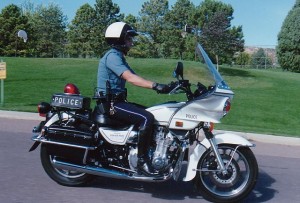 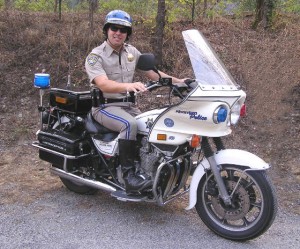 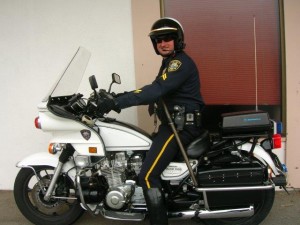 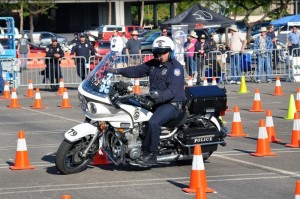 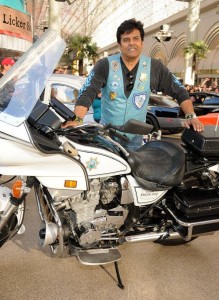 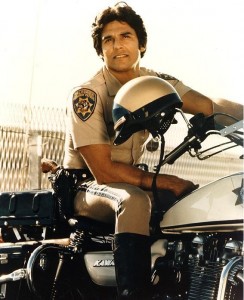 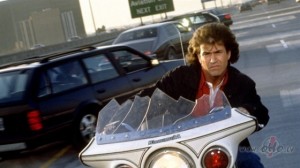 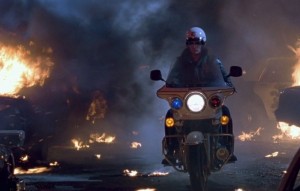 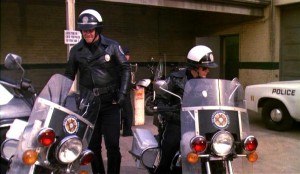 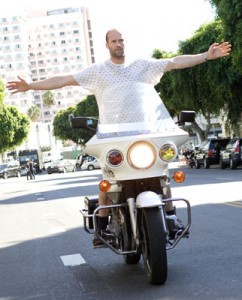 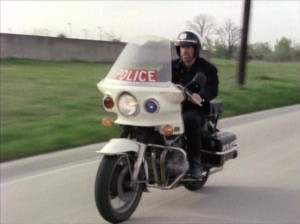